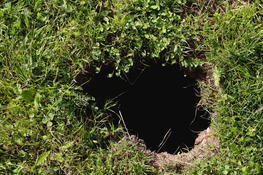 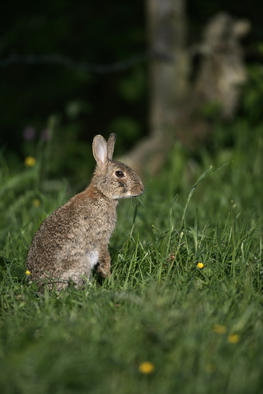 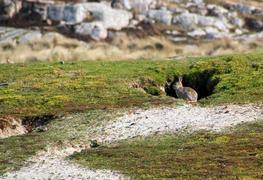 The delight of seeing young rabbits, frolicking in the morning sunshine across the fields is a wonderful site… until you realise, that the rabbit population is out of control and causing expensive, extensive damage to the countryside or your garden.

Rabbits, like many other pests, are prolific breeders. With a gestation period between 28 and 31 days, the female rabbit can be pregnant again within a few days. Producing between 6 and 9 rabbits per litter, you can see why their numbers can become an issue.

Their constant nibbling and gnawing at crops, trees, shrubs and fencing, as well as stored food on farms etc., can make the rabbit a real nuisance. Although they have many predators in the wild, from birds of prey to foxes, their ability to reproduce quickly means their population is rarely ‘dented’ in terms of numbers.

Their tunnelling can also make the ground unsafe, with the entrance to their warrens also causing problems for livestock that can get their feet or hooves trapped in the opening, causing them injury.

Rabbits need constant attention and methods in order to keep their numbers under control;

Rabbits are a natural part of the countryside, playing an important ecological role in the food chain of the natural habitat that surrounds us but, with their numbers out of control, the balance of the countryside is lost.

Get professional, honest and friendly advice and rabbit control services from West Wales Pest Control Services by calling us today.